An image by Charles McQuillan of a child and a life-like doll has won Photograph of the Year in The Press Photographer’s Year 2011.

Charles McQuillan of Pacemaker Press has won The Press Photographer’s Year Photograph of the Year with an image of a child and a doll from the extraordinary Yellow Cottage Nursery in Castlerock, County Antrim, Northern Ireland.

McQuillan’s photograph shows the child with a plastic reconstructed likeness of herself in a field. Such dolls are made for customers wishing to have a permanent memento of their baby’s first months.

One of the most well known photographs of 2010, Matt Dunham’s image of Prince Charles and the Duchess of Cornwall caught up in violence following demonstrations over university tuition fees, won the Royalty and Entertainment category. 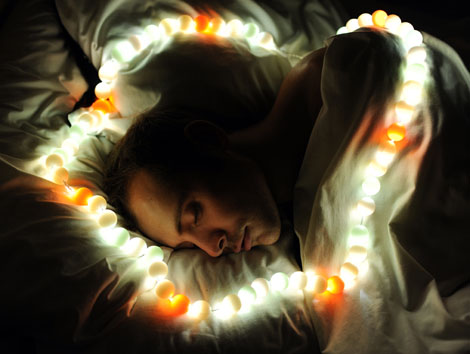 Liminal Space by Sarah Lucy Brown made the PPY 2011 final edit on show at the Lyttelton foyer on London’s South Bank until September 4th.

The Portrait prize goes to Harry Borden for a graphic photograph of fashion designer Giorgio Armani during a visit to London. Peter Macdiarmid wins Arts and Clive Mason Sports Folio of the Year.

China-based Sean Gallagher has won the Multimedia Award and The Guardian’s Dan Chung Digital Film. Adam Dean’s story on US Marines in Helmand Province picked up the Photo Essay award.

As well as winning the Photograph of the Year award Charles McQuillan has two photo essays selected for this year’s PPY exhibition. McQuillan won the 2008 PPY Portrait Prize with an instantly recognisable silhouette of politician Ian Paisley.

“Standing back from the Press Photographer’s Year is interesting,” said the competition’s driving force Dillon Bryden. “You can see the great photographers reappear time after time. They may plod away unrecognised by the general public, but each year a different group of jurors pick out the same photographer’s work.”

The 2011 jurors were David Viggers (Chairman), John Angerson, Jonathan Buckmaster, Alban Donohoe, Jenny Goodall, John Rogers, Fiona Upton and Bob Martin (sport). The jurors spent many hours, working through 7,829 photographs from over 300 entrants, both in slideshow form, and as C-type prints laid on the huge Olivier foyer floor at the National Theatre.

A final edit of 136 images – which includes work by EPUK members Andrew Wiard and Jeremy Nicholl – goes on show at the Lyttelton foyer of the National Theatre on London’s South Bank today. Admission is free.

The Press Photographer’s Year is presented in association with The BPPA and supported by Diageo, the London-based global drinks company, and by Canon (UK) Ltd.

The exhibition runs until September 4th.